The fifth seminar of the Directed Studies of The Hague Academy tackled the application, as well as the proof of foreign law (we invite you to read our summary of the first, second, third, and fourth seminars). As we know, the treatment of foreign law is highly diverse around the globe and no harmonised position regarding this topic has been reached yet. The following paragraphs show that the application of foreign law essentially depends on the binding nature of conflict of law rules, as well as its procedural treatment. The distinct, heterogeneous national approaches allow for forum shopping and foster legal uncertainty. Unfortunately, it is not clear whether a common ground can be found at the supranational level in order to clarify the current landscape.

The Nature of Conflict of Law Rules

In some States, conflict of law rules enjoy a mandatory nature. For example, Article 12(6) of the Spanish Civil Code states that conflict of law provisions must apply ex officio. On the contrary, some other States consider that courts are not bound by conflict of law rules. In those cases, parties may therefore plead the application of the lex fori and thus, avoid the complexities/costs that the application of foreign law would generate. For example, in the well-known Bisbal Judgment (1959), which involved the divorce of two Spanish citizens domiciled in France, the Court of Cassation established that conflict of law rules are not mandatory in nature. Therefore, if parties do not invoke them, French judges are not obliged to apply foreign law. An interesting, additional question in this context is whether implicit consent can be inferred, in the event that both parties argue their case according to a law that departs from the one which was initially agreed upon.

Nowadays, some jurisdictions still consider that conflict of law provisions are optional. However, one may wonder whether such a system is sustainable and desirable, inasmuch as it disrupts the efficiency of conflict of laws.

The Procedural Treatment of Foreign Law

Most legal orders think that foreign law is a legal question and therefore, the determination of its content requires the active role of the court according to the principle iura novit curia. This idea is based on the equivalence of legal orders that we inherited from F. C. von Savigny. To give an example, Article 16(1) of the Swiss private international law states that courts must determine the content of foreign law ex officio. Nevertheless, the extension of the principle iura novit curia to foreign law seems to be rather utopian, since a judge cannot know the content of all existing foreign laws with the same level of expertise.

Some other States treat foreign law as a mere fact and pass the burden to prove its content on to the parties. This means that courts remain relatively passive. For example, Article 282 of the Spanish Procedural Law states that the proof of foreign law’s content is carried out at the request of the parties. The same is true in the United Kingdom. In this case, it is important to determine how high the burden of proof should be.

The Judgment 10/2000 of the Spanish Constitutional Tribunal is a telling example in this context: this case involved an Armenian national domiciled in Bilbao, who filed a petition for divorce in Spanish courts. In order to prove the content of Armenian law, she provided said courts with a copy of the Civil Code of the USSR (1987) and a private translation of the section related to family law. She put the spotlight on the difficulties to provide information on Armenian law due to the political situation of the country at that time and the absence of Russian translators in the region of Bilbao (among many other things). Through a first letter rogatory, the Spanish court was able to confirm that the Code of 1987 was in force in Armenia. However, the second letter rogatory, whose goal was to obtain an official translation of said Code, faced some administrative hurdles. The court dismissed the case without waiting for these hurdles to be solved. The Constitutional Court concluded that the lower instances violated the claimant’s right to an effective judicial remedy, as well as the right to use the evidence appropriate to her defence (Article 24 of the Spanish Constitution).

In most States, when the content of foreign law cannot be determined, the lex fori applies. However, this technique puts the conflict of law system into jeopardy and creates legal uncertainty. Another, important question in this context is whether a judge should be able to make use of his/her own knowledge to fil the potential gaps in the parties’ pleadings and avoid the application of the lex fori.

Last but not least, it has to be highlighted that the application of foreign law by non-judicial authorities, such as notaries and civil servants, remains largely unregulated and thus, lack uniformity.

In light of this, many believe that questions surrounding the application of foreign law should be harmonised. In particular, The Hague Conference of Private International Law has acknowledged the relevance of this topic but has not been able to come up with a solution proposal yet (the documents released until today are available here).

Additionally, the Madrid Principles (available in Annex I of the present paper written by C. Esplugues), which were drafted in 2010, consist of 11 statements that tackle the complexities generated by the application of foreign law by courts, as well as public authorities in Europe. The drafters put the spotlight on the need of an EU instrument on this question (Principle I). In their opinion, a legislative act in this field should establish that courts and non-judicial authorities apply foreign law ex officio (Principle IV). Additionally, the principle of cooperation between the actors involved should help to determine the content of foreign law (Principle V). Finally, when such content cannot be ascertained, the lex fori should apply (Principle IX).

Since blogdroiteuropeen will close its digital doors for Christmas, our sixth post regarding the Directed Studies of The Hague Academy will be published at the beginning of next year. This last post will address questions related to The Hague Principles on Choice of Law in International Commercial Contracts.

Merry Christmas to all our readers and my best wishes for the New Year! 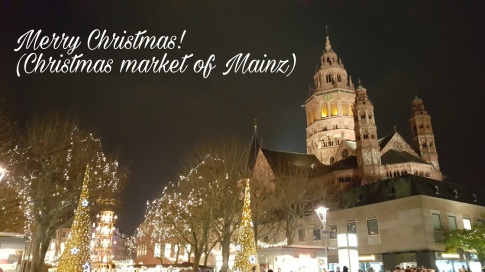