This paper is part of the e-conference on « Data protection Issues and Covid-19: Comparative Perspectives » which consist in a daily publication at 12 p.m. (GMT+1) except on Sundays until the Summer break. A new session will start again at the beginning of the academic year 2020-21. Please subscribe to blogdroiteuropeen, so you don’t miss a publication. This e-conference was organised by Dr. Yseult Marique, Senior Lecturer at the University of Essex and FÖV Speyer and Dr. Olivia Tambou, Associate Professor at the University of Paris-Dauphine, External Scientific Fellow at the Max Planck Institute of Luxembourg, and Founder- Editor of Blogdroiteuropeen. If you are interested to contribute for our September session feel free to contact us at blogdroiteuropeen@gmail.com

Covid-19 immunity passports might be defined as “digital or physical documents that certify that an individual has been infected and is purportedly immune to SARS-CoV-2.” In the last few months, the concept of immunity passports has become extremely popular since several governments worldwide have analysed their use to face the Covid-19 pandemic. This possibility has raised a lively debate mostly related to its scientific justification and the social, ethical and legal issues that it involves. In this short piece, I will go deeper into all these considerations, by opening new fields of debate that, in my opinion, have not attracted the attention they deserve.

However, before entering the ethical arena, it is necessary to start by clarifying that immunity passports already exist, even though they are not usually named as such. To give some examples, you cannot travel to or from some countries if you do not hold a certificate that demonstrates that you have been vaccinated against some concrete diseases. Furthermore, in countries such as Italy, unvaccinated children under the age of 6 years were not permitted to attend pre-school education services. Therefore, vaccine certifications could be considered as immunity passports for children, since they served to provide access to pre-school

Thus, immunity passports are not a new concept at all. If that is the case, why do they raise so many fundamental issues in the case of Covid-19? There are two preliminary reasons that explain the difference. First, already existing certificates stimulate a positive action: vaccination. In this case, it is perfectly possible to gain an immunity passport. You only need to vaccinate yourself or your children. However, in the case of Covid-19, vaccines do not exist. In the next few paragraphs, I will argue that this difference is, indeed, a fundamental difference in terms of the ethical debate.

Second, there are serious doubts about the concept of “immunity” in the Covid-19 context. On 24 April, the WHO stated, “there is not enough evidence about the effectiveness of antibody-mediated immunity to guarantee the accuracy of an “immunity passport” or “risk-free certificate.” This statement seems confirmed by recent studies that show that asymptomatic individuals might have a weak immune response to SARS-CoV-2 infection. Thus, by now, immunity passports might be highly inaccurate. Consequently, their use could provoke dramatic undesired consequences, as outlined by the WHO: “people who assume that they are immune to a second infection because they have received a positive test result may ignore public health advice. The use of such certificates may therefore increase the risks of continued transmission.”

Therefore, promoting immunity passports could be considered foolhardy right now. Nevertheless, it seems clear that better testing and knowledge about the Covid-19 virus might change the facts. Indeed, the progression in biotechnology might ensure that in the future it will be perfectly possible to guarantee that someone is immune to the disease (over a specified period) and, therefore, cannot be considered a threat to public health. In that hypothetical scenario, there are at least two key questions that we should ask ourselves:

In this brief paper, I will suggest answers to these questions.

Could States impose immunity passports on their populations?

First, as some authors have already shown there are a lot of exceptionally good reasons to think that States should not impose the use of immunity passports, neither on society as a whole nor on concrete collectives. To begin with, this would be an intolerable intrusion into our privacy. We would be forced to disclose particularly sensitive information regarding our health, something that is generally prohibited by the General Data Protection Regulation and by most EU Member States’ regulations concerning health care and health data. Moreover, effective compliance with such a provision would only be possible with multiple police controls (certificate control and random testing to detect possible frauds would be necessary). This would increase monitoring of our movements and actions, which would again limit our privacy. It is also likely that apps or other mechanisms would emerge to certify our immunity. However, it is likely that these mechanisms would reveal much more about our behaviour and beliefs than originally intended, in the same way, that geolocation currently does (a circumstance that would clearly violate the data minimisation principle as described by the General Data Protection Regulation). Finally, vulnerable groups, such as homeless people or undocumented immigrants, for instance, might suffer serious issues (such as unfair discrimination) as a consequence.

Secondly, we must bear in mind that a State, at the same time, could never carry out enough tests in the possible case that immunity against coronavirus does not last longer than two years. This implies that if immunity passports are to be funded by public healthcare, some people would not benefit since resources would probably be insufficient. However, people with higher economic means would probably be able to get the tests done at their own expense, giving them unfair access to an important resource (immunity passports), which would only increase social inequality.

More importantly, it is likely that if immunity passports enable people to leave their homes, find (or indeed retain) a job, or have an active social life, many (especially those who do not pertain to vulnerable Covid-19 populations) would risk becoming infected to get access to these privileges, if vaccination is not available for everyone (a quite probably scenario at some point). This would cause an increase in contagion and the danger of a general worsening of healthcare. In the medium to long term, a social division could even be created between immunized and non-immunized people. The former ones could form a new social elite, which would enjoy privileges beyond the reach of the latter. There are already historical precedents for this situation, as in the case of the yellow fever in New Orleans during the 19th century, which created terrible consequences in terms of discrimination and social division.

In my opinion, all these considerations justify the opposition against the creation of a kind of immunity passport controlled by States and based on compulsory testing. However, there is another side of the problem that raises a totally different type of concern.

Could a State act as if these passports do not exist?

Let us now concentrate on the issues that I previously expressed in my second point: the problem with immunity passports changes considerably if we are not talking about constrictive imposition by governments but voluntary use by citizens. Let us carry out a purposefully provocative thought experiment (although difficult to happen in practice, it is not an impossible situation). Let us imagine, for example, that at some point in the future we return to a situation in which freedom of movement is again restricted by the need to prevent Covid-19 from spreading. Let us also think that at that moment technology has advanced enough to certify that a particular citizen is immunized against this pathology and can neither suffer from it nor transmit it, but vaccines are not widely available yet.

Under these conditions, on what legal basis could we deprive a person who possesses this immunity passport of a fundamental right such as freedom of movement? Could States simply deny a scientific fact and act as if nothing had changed, that is, restricting that person’s freedom as if he or she were a threat to public health? In my opinion, this is hard to accept: we can only restrict fundamental rights if strong reasons apply. Indeed, according to article 5 (e) of the European Convention on Human Rights (ECHR), “Everyone has the right to liberty and security of person. No one shall be deprived of his liberty save in the following cases and in accordance with a procedure prescribed by law: (e) the lawful detention of persons for the prevention of the spreading of infectious diseases”. Thus, States can only restrict freedom of movement if someone might be a danger to others. This is not at all the case with immune people. Therefore, if someone could prove that he or she is immune, States should recognize the importance of this evidence and avoid limiting his or her fundamental rights without any lawful basis.

Of course, one might argue against my conclusion by stating that the danger that non-infected non-immune persons might choose to expose themselves to the virus in order to recuperate their rights through subsequent immunity would justify the ban of immunity passports. However, this is extremely difficult to sustain, since, in reality, in this case, we would be cutting back the rights and freedoms of some people to prevent others from committing clearly unsupportive behaviour that only serves their own particular interests. This does not seem defensible from any point of view and is not lawful according to the ECHR. Its article 5 includes a closed list of causes that allow for restriction to freedom of movement and “provoking that someone else risks their lives and compromises public health” is not a part of this list. Indeed, its letter (e) requires that the subjects whose rights are limited constitute a threat to public health by themselves. No extensive interpretations of this clause can be made.

Therefore, States cannot limit freedom of movement to immune people. Instead, what seems more reasonable is to allow immunity passports, making them compatible with harsh sanctions for those who break isolation by deliberately seeking to infect themselves and consequently other people, and with a certain limitation of the real differences in the enjoyment of the rights by some and not others. This would seek to reduce the incentives for exposure to risk, rather than to restrict the rights of those who are not a threat to public health. 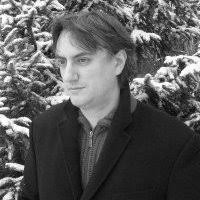 Iñigo de Miguel Beriain, Research Professor at the University of the Basque Country UPV/EHU, Faculty of Law. His research has been aimed towards areas related with the Philosophy of Law, Ethics in the Economy, Bioethics or Medical law. He has participated in several research projects, among which the following can be highlighted: CHIMBRIDS. Chimaeras and Hybrids in Comparative European and International Research. Scientific, ethical, philosophical and legal aspects; SYBHEL. Synthetic Biology for Human Health: Ethical and Legal Issues and  PANELFIT Participatory Approaches to a New Ethical and Legal Framework for ICT.