Open Access to publications and data and Open Science are terms increasingly being used to describe “a new approach to the scientific process based on collaborative work and new ways of diffusing knowledge by using digital technologies and new collaborative tools” as highlighted by the European Commission. Within this ecosystem, the initiatives that have taken place in Greece from 2003 -when the term open access entered public discourse- until present provide interesting insights regarding the evolution of open access in the country and highlight the complementary and mutually supportive roles of the stakeholders involved in achieving cultural change.

The most frequent way of providing open access to publications in Greece is what is termed by Science Metrix as “other open access” which covers papers uploaded on researchers’ personal websites, or on PubMed Central, Research Gate etc. While this practice should be approached with caution as open access is not provided through established repositories, thus posing questions about sustainability, the fact that open access is provided to over half of the articles published in peer-reviewed journals between 1996-2003 is a strong indication that Greek researchers are familiar with open access and the benefits associated with this practice. This is also an indication of the need to enhance (through various activities including awareness-raising and training actions developed by librarians and the research community itself) the deposit of publications in institutional repositories. OpenDOAR (the directory of open access repositories) currently lists 34 repositories from Greece: the majority of them are institutional ones, while some are digital collections and all of them have been established through the use of European funds. Therefore, it can be argued that the choice of alternative ways is not the result of the lack of the necessary infrastructure (which is by now significant in quantity) but rather of the need to embed the deposit at the institutional repository into the research cycle of the Greek scientific community.

Open access is further promoted through the existence of other platforms and initiatives. The National Documentation Centre’s (EKT) ePublishing platform features prominently among them. Through the establishment of three distinct platforms for journals, monographs and proceedings with an emphasis on the social sciences and humanities, ePublishing provides a single access point to peer-reviewed publications increasing the visibility of research outputs and ensuring their long-term preservation. Journal articles, monographs and conference proceedings are available with a CC-BY license. As the platform’s successful operation is linked to the collaboration between EKT and Greek academic publishers, ePublishing has laid the seeds for the establishment of a community championing the transition to an open access environment in Greece. A similar initiative is Kallipos which supports open access electronic books for students of Greek higher education institutions and familiarises students with open access. Kallipos is supported by the Hellenic Libraries Association Link (Heal link), the National Technical University of Athens and the National Research Network.

Additional important open access infrastructures include the National Archive of PhD Theses operated by EKT and providing full access to 32.475 digital copies of PhDs and to the metadata of 34.842 among them and the griSSH, the social sciences and humanities reference index (again operated by EKT) which collects, preserves and provides access to Greek peer-reviewed publications in the SSH.

The establishment of the necessary infrastructure is in many cases the first step for the transition to an open access environment, as this is followed by the adoption of open access policies for publications and data. This has also been the case in Greece. Following the development of repositories, the law adopted in 2014 features a clause on open access. While the implementation of the law is rather slow, significant actions are taking place at institutional level: by 2016 two Greek universities, the Technical University of Crete and the International Hellenic University, had adopted open access policies, while positive developments are expected from other universities as well as from research funders.

Within this process, EKT has been providing continuous support to Greek policy makers in developing open access policies in alignment with the Horizon 2020 framework on open access to publications and data and the European Commission Recommendation of 2012. Support has been tailored to the needs of the key stakeholders and related actions have been designed in close cooperation with them. In particular, support has taken various forms: face-to-face meetings with policymakers, organization of workshops and international conferences which have brought together the key stakeholders (among others university rectors, open access experts, publishers, and librarians) to discuss current issues, challenges and ways of moving forward. EKT’s participation in international fora on open access and European projects has allowed it not only to be an active member of the European open access community, but also to steer national developments.

Acknowledging that researchers are the key actors in the open access ecosystem, EKT has also developed a range of activities tailored to their needs. In the context of the 2016 International Open Access Week it has planned a seminar for young researchers to raise awareness on the benefits of open access and the available resources and services. Open Access Week activities will be complemented by a webinar for repository managers and visits to the library targeting the wider public. These activities complement those organized primarily by university libraries targeting their researchers and students.

The above initiatives are in full aligned with EKT’s mission to operate as the institution that provides at a national level the infrastructure and services for the collection, documentation, aggregation, perpetual preservation, dissemination and re-use of scientific and cultural digital content. This mission rests at the same time on collaborative work with and active involvement of the key stakeholders of the open access ecosystem (researchers, funders, universities, publishers, libraries) which permeates EKT’s actions. 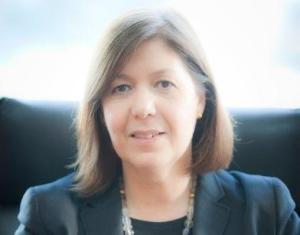